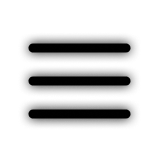 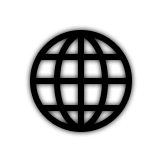 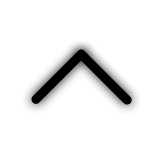 A woman asks her psychiatrist for help:
— Doctor, my husband lives hung on
the chandelier, he thinks he is a lamp
— My lady – answers the doctor, perplexed –
and why don’t you take him down?,
— To not be left in the dark - explains the woman.

In a time where quick responses for the old question “what is to be done?” wreck amid the fog, it’s necessary to mistrust the already traced maps and explore the surrounding with attention. Insisting on sailing without a horizon on sight, however, puts us constantly in the position of that woman who recognizes the ilusion, but cannot waive it.

It has been some years that we come across struggles that interrupt the flow of avenues and companies, bus stations and delivery platforms, quebradas [neighborhoods in the urban outskirts] and schools, without well-defined contours. As explosive as fleeting, they escape the forms which framed the social conflict until the end of last century. The multitude that stormed Brazilian streets in June 2013 was not, after all, a result of the “base building strategy” and “accumulation of forces” which were until then in the agenda of the left wing.

To investigate how the revolt erupted - and how it can erupt again - from the crushing daily work in the cities, it’s indispensable to bring the investigation to the center of the political concern.

The idea of a “worker’s inquiry” was resumed by some militants in the 1960’s from the observation of the wreck of the revolutionary movement in the post-war: since the exploitation of the workforce proceeded full steam ahead on both sides of the Berlin Wall, nothing was resolved. It was necessary to turn attention to the concrete struggles that emerged in this new scenario, because only them could provide a perspective of real transformation.

It is on the disputes of each historical time that the working class takes form. Just as the future, it is not given: it is not a fixed and atemporal identity, but transforms itself along with the productive forces of the capital. Since the so-called productive restructuring, the proletariat is an incognito. If during the fordist period it occupied a more and more clear space on the political scene, its recent appearances are fugacious, unclear. The interest for a “worker’s inquiry” resumes an old name for an investigative political practice - but, in a time when exploitation has for long extrapolated the factory walls, consuming each second of our lives, and when suffering and control are the biggest products of any work, wouldn’t be more appropriate to have in sight an “anti-worker’s inquiry”?

The negative experience of work nowadays forces us to reconsider even tasks that would sound obvious. When struggles don’t result in any “organizational accumulation” that don’t turn against themselves and when the militancy itself seems to be always one step from management, it’s only in the moments of open conflict that we can glimpse sparks of refusal.

At the same time, the effort of intervention during these ephemeral eruptions produces a kind of “freelance militancy”, which reflects the fluidity and the desegregation of the world around us: the militant organization also disperses itself in the fog. To recognize such a condition of instability means to assume our practice as a “residue” instead of “accumulation”: a moment for gathering shrapnels, dwelling on our defeats and keeping on the lookout for next tremors.

Using names which come and go along with the struggles, we’ve been putting effort to grope the terrain and formulate the impasse as the starting point for action and reflection. In this website, we intend to gather some results (always provisional) of our militant investigation - in order to eventually find other fellow travelers facing similar questions.

Almost two centuries ago, frightened by the class war which burned the streets of Paris, an attentive aristocrat wrote: “I’m tired of thinking, once again, that we’ve reached the coast and finding out that it was just a tricky fog. I frequently ask myself if the dry land we’ve long been seeking really exists, or if our destiny is to sail in a stormy sea forever”. At the other side of the trenches, still dazed, we ask ourselves: is it really the safety of the dry land that we are looking for?

A group of militants in the fog
neblinaxyz